Matthew Swindells has over 30 years’ experience in healthcare. He is the former Deputy Chief Executive and Chief Operating Officer for the NHS in England, currently working as an independent consultant.

Matthew joined the NHS from university as a graduate trainee and worked his way up as an IT director, clinical services manager, chief operating officer and hospital chief executive before joining the Department of Health as Senior Policy Advisor to the Secretary of State for Health and then as the NHS’s first chief information officer.

Matthew is a member of the University Council at Hull University and holds Visiting Professorships at Surrey University and at Imperial College Institute of Global Health Innovation.

Pippa joined our Trust in February 2022 as Chief Executive Officer.

Previously, she was Chief Nurse at Chelsea and Westminster NHS Foundation Trust, and for the North West London Integrated Care System.

Pippa first joined the NHS in 1993 as a healthcare assistant.

She qualified as a midwife at the University of Herefordshire in 1998, and practised as a clinical midwife for the next 10 years

From there, Pippa became a consultant midwife in 2007.

She has undertaken several clinical leadership roles in her career, including director of women’s services and clinical director. She has also led complex change programmes, such as the maternity services redesign in north west London.

In 2018, Pippa was named one of 70 most influential nurses and midwives, and subsequently received her MBE in 2019.

Janet has enjoyed a 40-year business career in the field of HR. Her passion for improving health services led her to take on various HR roles in the health sector. She was an Interim HR Director  for Norfolk and Norwich University Trust, the Oxfordshire PCT and the HR Director for City and Hackney Teaching PCT. She was also a Member of the NHS Pay Review Body and held an Interim Director of HR & OD position at the Nursing and Midwifery Council.

Janet also has an extensive portfolio career. She is currently a Member of the Remuneration Committee for the General Pharmaceutical Council, as well as being a partner in an executive coaching firm and an investment management business.

Janet has lived and worked in the boroughs of Ealing, Brent and Harrow.

Bob is a non-executive director at London Ambulance Service.

Until recently he was the independent chair of Sussex Health and Care Partnership ICS. Bob is an associate (advisory) director with CIPFA, a NED and Audit Chair of Community Health Partnerships Ltd, and a trustee and treasurer of the Demelza Children’s Hospice charity.

Until early 2018 he was deputy CEO and executive director of resources at NHS Improvement following the joining of Monitor with the NHS Trust Development Authority where he had held the positions of chief executive and director of finance.

Bob was finance director of NHS South of England SHA cluster in 2012 to 2013 during the implementation of the Health Act reforms.

He was Director of NHS Finance at the Department of Health from 2007 until 2011 where he led on NHS financial policy and performance, as well as being responsible for the national tariff programme, and advising ministers, HMT and other government departments on NHS financial matters.

Bob was a Strategic Health Authority (SHA) finance director from 2002 to 2007, first with Kent and Medway SHA then with South East Coast SHA.

Prior to this Bob held director and senior financial leadership positions in the NHS, police and private sectors.

He has an MBA and is a fellow of both the Chartered Institute of Public Finance and Accountancy, qualifying while at the London Borough of Wandsworth in 1987, and the Healthcare Financial Management Association.

Vineta is a medical doctor and public health expert. Her special interest is in long term conditions and community care. She has held senior roles within the Department of Health and the NHS. She has previously served as the executive director for hospitals at the Singapore Ministry of Health and held positions on various national and international boards.

Professor Desmond Johnston is the Head of the Diabetes Endocrinology and Metabolism section at the Imperial College of London. He was educated at the University of Edinburgh where he attained his MB ChB. He obtained his PhD from the University of Southampton. Professor Johnston joined our Trust as a Non-executive director in 2018.

In July 2005, he was appointed Director of the Department of Health-sponsored UK Diabetes Research Network (UKDRN) and in 2015 he became Head of Cluster A (Diabetes, Cardiovascular Disease, Stroke, Kidney Disease and Metabolic and Endocrine Disease) of the NIHR Clinical Research Network. He is also currently co-Chair of the Council of Healthcare Professionals at Diabetes UK.

Ajay is an organisational development specialist supporting the growth and sustainability of civil society organisations globally to increase their social impact.

With significant contributions in the social impact and public sectors, he brings a breadth of experience in the areas of strategic planning, resource mobilisation and sustainability, community engagement, leadership and governance.

Ajay's portfolio of work has ranged from large international institutions to smaller community based organisations, supporting them to review and re-engineer their strategic interventions and maximise impact.

He has particular interests in human and environmental rights, a focus of his company em4, which engages with institutional funders to build the capacities of their grantees and invests in social entrepreneurs international to increase their regional impact.

He has held board-level positions with national and international charities. He was previously a non-executive director of Hounslow and Richmond Community Healthcare NHS Trust.

Dr Mohinuddin has a close connection with the Trust and its local community. He is a member of the Harrow Muslim Community and Harrow Central Mosque and previously worked as a specialist registrar at Northwick Park and Central Middlesex hospitals between 2004 and 2007.

Dr Mohinuddin graduated from the Armed Forces Medical College, Pune, India in 1995 and was awarded the prestigious Colonel Malhotra Memorial Gold Medal in medicine. He subsequently moved to the UK and completed his core and higher specialist training in Paediatrics.

Simon is a qualified social worker.

Prior to that Simon had worked for Jewish Care for seven years holding a variety of senior positions.

Before joining Jewish Care Simon spent 12 years working for local government, spending eight years working for the London Borough of Hounslow. His last job with them was as a commissioning manager for adult services.

Since leaving Jewish Care Simon is involved in a number of different organisations as a consultant.

Simon was made an MBE in 2020 for services to the community.

David has 40 years’ experience in leadership and operational roles, most recently as Shell’s Retail General Manger for North Europe and Board Director of Shell UK.  He has successfully led a number of large business turnarounds and global projects using his commercial acumen and experience in strategy, marketing, operations and IT. Having worked abroad and travelled extensively he has developed a genuine appreciation for diversity and inclusiveness, putting people and safety first.

Sim is a retail and fashion specialist with 30 years experience in the sector, working in buying and merchandising for some of the leading retailers in the UK including Miss Selfridge, where she was managing director.

Sim is currently deputy chair of the University of the Arts London where she has served as a governor for nine years.

She chairs the people strategy and the remuneration committees, and is the lead governor for equality, diversity, and inclusion.

She supported the establishment of the Centre for Sustainability at London College of Fashion and continues to provide strategic advice on green matters in the fashion sector.

Sim was previously chair of the charity Mentor UK for over 10 years, protecting children and young people from the harms of alcohol and substance misuse.

Sim provides strategic advice on race and is currently working with NHS Providers to help progress the race agenda within the NHS.

He started his career in the NHS in Wales in 1985 where he worked for five years on the external audit of the NHS. This role involved undertaking audits of hospitals and health bodies throughout Wales during which time he qualified as an accountant. On qualification he joined East Dyfed Health Authority. He joined Broadmoor Special Health Authority as finance director in 1997 and became finance director of West London Mental Health NHS Trust in 2001. He was appointed chief executive in 2004.

In 2009 Simon joined NHS London in a wider strategic role to support NHS trusts in their progress towards foundation trust status.

Jon joined the trust in 2018 as a Deputy Medical Director and the Divisional Lead for Emergency Medicine. He'd previously been the deputy medical director at East and North Herts NHS trust for two years.

Jon trained at UCL qualifying in 1996 before working in elderly care medicine and gaining his MRCP.

After that he trained as an emergency physician and still practices one day a week in our emergency department.

Jon's particular interests lie in transforming pathways and patient safety. He also has a degree psychology and a specific interest in mental health and improving care for this group of patients.

Lisa was appointed as chief nurse and director of patient care in May 2019.

She brought a wealth of experience gained from a range of nursing disciplines. Lisa spent the first few years of her career at hospitals in north London. She then spent a year at an acute medical oncology unit in Toronto. On her return to the UK, Lisa pursued her interest in burns and plastic surgery care, working in units at University College Hospital and the Royal Free Hospital.

Before her appointment here, she spent six years as the Chief Nurse of Milton Keynes University Hospital NHS Foundation Trust.

Lisa's particular interests are in digital transformation, leading quality improvement to improve Care Quality Commission ratings, and improving the experience of our patients.

Jonathan joined us as CFO in April 2020. He began his career as a lecturer in finance at Sheffield Hallam University.

In 1998 he joined the National Audit Office as their Principal Auditor, moving to the Audit Commission and then into Brighton and Hove PCT in 2007 as the Deputy Director of Finance and Market Development.

In 2016 Jonathan moved to East Sussex Healthcare NHS Trust, an integrated acute and community provider, as their Director of Finance. 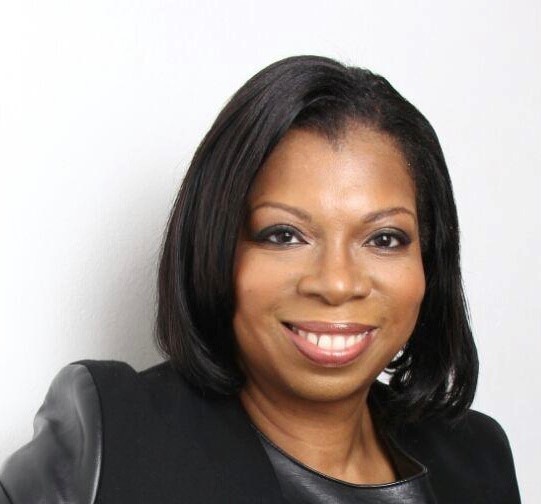 Tracey joins from neighbouring Harrow Council where she was Director of Human Resources and Organisational Development, and will be responsible for supporting more than 8,000 staff.

James joined the organisation in 2013 having previously worked for Ealing Hospital, community services, and local authority.

He has been the Deputy Chief Operating Officer at the Trust since 2016, and has led on many projects including winter and Covid-19 planning, and shaping the Trust's gold response to the pandemic.

He began his NHS career in 2004 as HR Manager at Hillingdon Primary Care Trust, before moving into operational management where he has undertaken several leadership roles across north west London.

Some of James’ early projects at the Trust include leading the development of a brand new A&E department at Northwick Park Hospital and the opening of a new acute unit.

James' association with the Trust goes back to 1976 when he was born at Northwick Park Hospital.

David joined the Trust in April 2019. Previously Director of Strategy at Hillingdon Hospitals he led the successful Foundation Trust application and supported the establishment of the Academic Centre for Health Sciences with Brunel University London.

Prior to joining the NHS in 2007 he enjoyed a 20 year career as a Fleet Air Arm pilot in the Royal Navy where senior roles included second in command of a major warship and the Commanding Officer of a Naval Air Squadron.

He subsequently held a number of commercial roles in the aerospace and defence industries. He is a Chartered Director and Fellow of the Chartered Management Institute.